Several farmers are using encroacher bush as animal feed resources. They’ve found a solution to rangengelands that are degraded by native shrubs encroachment in Namibia and other southern African countries. 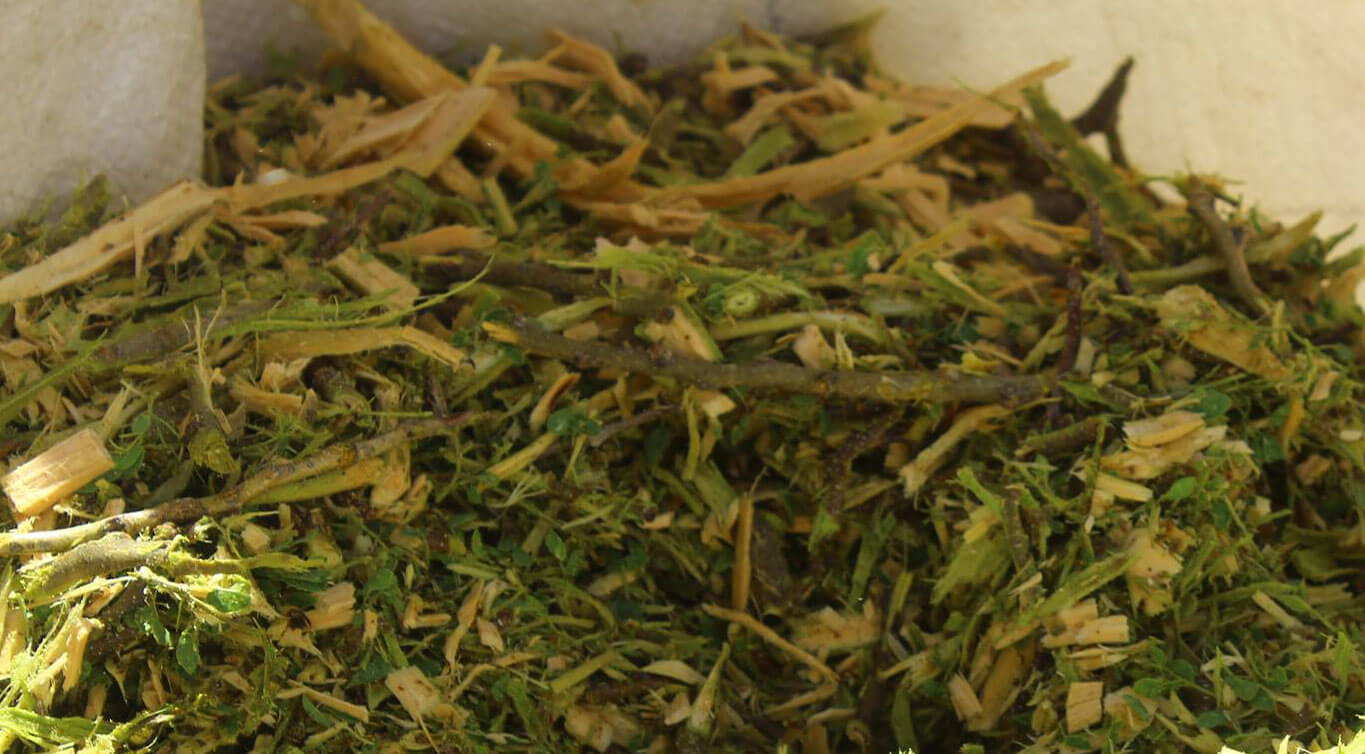 For decades, semi-arid African rangelands have been prone to degradation, mostly due to bush encroachment, which results in the reduction of palatable perennial grasses. Bush encroachment is defined as the “the invasion and/or thickening of aggressive native woody species resulting in an imbalance of the grass: bush ratio, a decrease in biodiversity, and a decrease in carrying capacity”. Bush thickening by Acacia mellifera (black thorn) subsp detinens has long been considered an environmental and economic problem in the rangelands of Namibia and in other southern African countries.

Bush thickening has affected Namibia on a massive scale, with estimates of 45 million hectares affected, and disturbing multiple ecosystems and land uses. There is up to N$1.5 million farming economic losses annually due to bush encroachment from the rangelands on which over 65% of the national agriculture output is produced. Bush thickening has also negatively decreased the biodiversity and the carrying capacity of the rangeland with all the economic losses that it entails. Hence, bush thickening poses a major risk to animal feed security.

HOW TO STOP BUSH THICKENING

With Namibia being committed to halt bush thickening, reactive interventions such as chemical treatments are forbidden, while biological control(the use of browsers) and mechanical controls (cutting and felling and uprooting with bulldozers) are common in combating bush encroachment. However, despite the above mentioned interventions, bush thickening still remains a problem, partly caused by the fast regrowth of most woody species. Recently, value chain addition to the different parts of the bush biomass has recently gained popularity, due to the fact that it does not only aim to pay back the costly debushing, but also develops the local market and create high valuable products out of the harvested biomass. Among these value chains, bush-based feed or bush feed has gained special interest since it has a potential to enhance livestock feed and food security.

Bush based feeds: a solution to rangelands that are degraded by native shrubs encroachment in Namibia and other southern African countries.

Bush-based feed refers to the production of animal feed in which the encroacher bush biomass is the main ingredient. The intervention advocates that, reduction of bush thickening to optimal levels through selective harvesting and utilization of the harvested biomass can restore rangelands, strengthening the drought resilience of farmers, recovery of the costs invested in debushing and also enhances animal feed security.

Currently a number of Namibian farmers are already producing bush based feed. Bush feed production in Namibia has also demonstrated to be a viable possibility for farmers during drought periods as they are protein rich feed sources (The fact that bushes remain green even in dry season postulates their ability to retain their nitrogen content, basically their protein content). Hence they can also be used as supplement feeds throughout the year. However, despite bush feeds being viable protein rich livestock feed sources, it has to be stressed that forage feeds can also contain antinutritional factors or secondary plant metabolites such as tannins that can cause unpredictable effects on animals. Recent reviews in Namibia also highlighted that farmers in Namibia are using encroacher bush feeds treated with polyethylene glycol (PEG), activated charcoal and wood ash as tannin binding agent, to avoid the negative effects of antinutritional factors especially tannins.Discover the Suite of Apps for Livestock Management The most complete set of tools to improve productivity